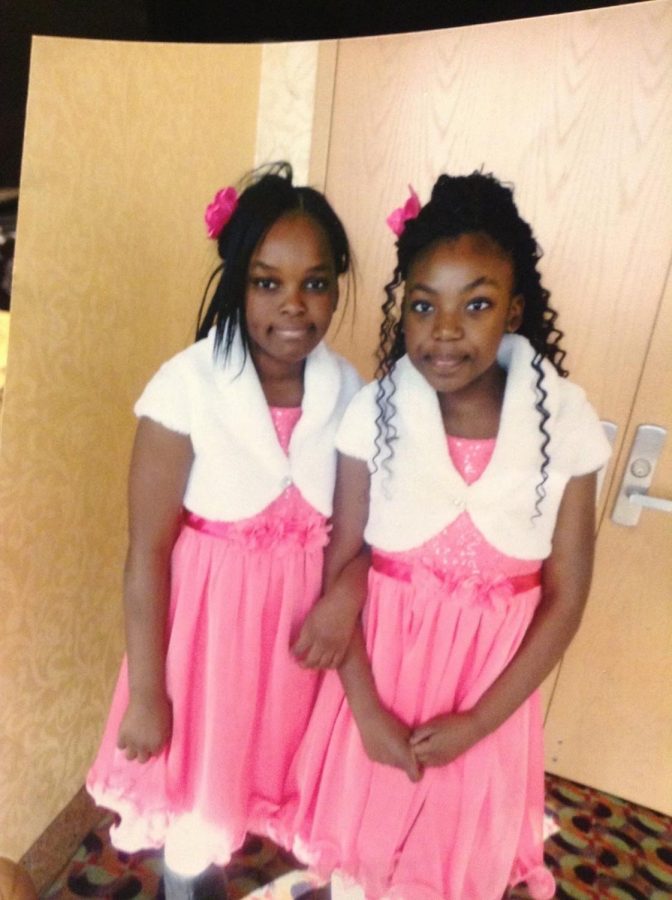 Blessing and Jemima pictured together.

On a cold December night in 2012, a beautiful friendship bloomed. Jemima and Blessing have been friends for almost eight years now. They’re not perfect, but they’re pretty close.

“At first,” Jemima started, “it was pretty awkward because we were both shy. I moved to Iowa from North Carolina and I didn’t have many friends. I had a few friends at the school I was going to, though.”

After meeting that night, Jemima and Blessing saw more and more of each other. Blessing’s dad had a church and invited Jemima and her mother to his new church. They began going to that church regularly.

A year later, they were both chosen to be flower girls together. Little did they know that this would be a day they’ll never forget. Blessing says, “This was so scary for me since I have major anxiety. It was also my first time wearing heels and I was scared I’d fall. Me and Jemima ended up just walking together and we held hands so I wasn’t as nervous.”

“My first ever sleep over was at Jemima’s house,” Blessing said, “My mom and her mom are best friends and they met when they were in high school. I was really excited. It was so fun and we watched so many movies together and laughed a whole bunch.”

Although they were close, the girls still didn’t go to the same school so they’d only see each other on weekends. At the end of fifth grade, Blessing got some really good news. Jemima’s mom decided to let her go to school with Blessing and they were both bouncing off the walls. They both made so many friends and brought everyone together.

Now both sophomores in high school, they still talk everyday and usually see each other every weekend. They have the best things to say about each other.