The importance of mom 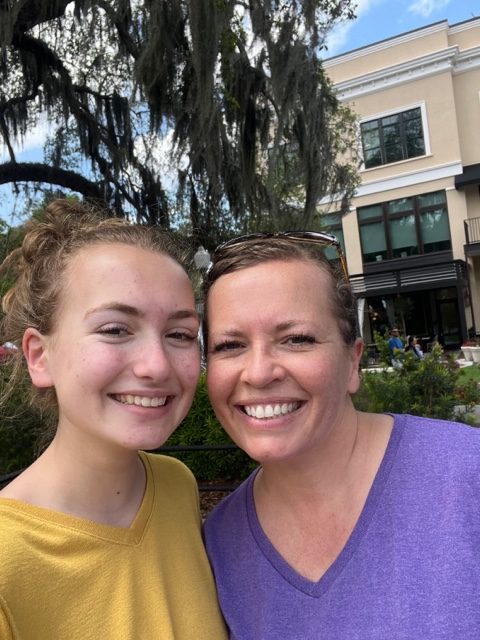 Ava Weatherford and her mother Jen in Florida.

Mother’s Day this year is Sunday, May 8th. It is a holiday usually glazed over, and very few prepare for the holiday, much less understand the origin. According to HISTORY, celebrations of mothers have been going on since the time of the Greeks and Romans. However, the American holiday itself was created by Anna Jarvis. In the early 1900’s she conceived Mother’s Day as a way to honor the sacrifices mothers make for their children. She organized the first Mother’s Day, and went on to start a campaign to promote Mother’s Day.

By 1912 many states had already adopted Mother’s Day, and it was made an official national holiday in 1914 as the second Sunday of May. Eventually as Mother’s Day became more and more commercialized Jarvis renounced the holiday she had invented. Jarvis’ attempts did nothing to obstruct the holiday.

While it might be true that the holiday is commercialized, this is true across all holidays. But the intentions behind Mother’s Day are still important. Mothers are usually still the parent that does more of the childcare, a job which is greatly underappreciated. There is constant stress put over moms, especially in recent years with the pandemic. Mothers are invaluable to society, and it’s important to acknowledge and respect the work they do this upcoming Mother’s Day.