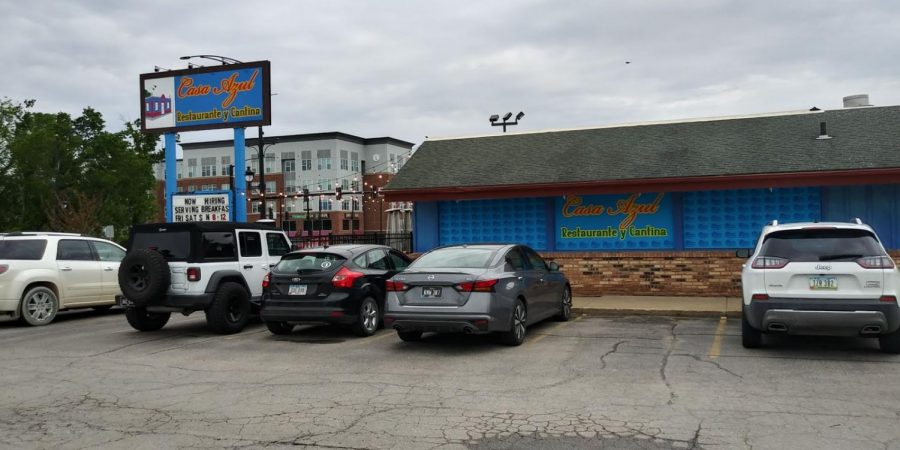 Located on a bustling street near downtown Iowa City, an authentic Mexican restaurant called Casa Azul welcomes locals with its bright blue establishment. The restaurant serves a great spot for college students, family, and friends to hangout and take a break from the usual scenery in Iowa. With its beautiful paintings and hispanic artwork hung up on the walls, it’s almost like walking into a completely different world. A restaurant like this is worth sharing about to those who haven’t heard of this fantastic Mexican eatery.

Like many Hispanic restaurants, the first thing that is served to you is usually chips and salsa or queso. The chips gave a surprising taste as they were very light, warm, and crunchy. The queso served at Casa Azul was also very different from other local establishments. It’s hard to describe, but it has an almost addicting flavor; it is probably one of the best quesos I’ve tried before. The salsa was also of great quality. The texture of it was smooth and thin with a good balance of spiciness. While I’m not the biggest fan of salsa, I was hooked on the dips at Casa Azul. I was practically full before the food even came out.

The menu that is given has multiple pages filled with the variety of things you can order. While all of it seemed very appetizing, they happened to be out of a couple of things we were planning to order. It was inconvenient, but because of the wide variety we had many other options to choose from. In the end, the Burrito Loco, Chimichanga, and Quesadilla ended up being our choices.

The Burrito Loco, a favorite of many customers, consists of: A choice of pork, ground beef, or ground beef with queso, lettuce, sour cream, cheese, and tomatoes. There is also a side of rice and beans that comes with. The chimichanga that was chosen had the choice of either beef or chicken served with rice, beans, lettuce, sour cream, guacamole, and pico. The quesadilla had the usual extra cheese with chicken.

The Burrito Loco had a great combination of flavors and was a good proportion for the average person. The wrap was soft and crunchy at the same time and the rice and vegetables made the dish very filling. This is an order that I would definitely recommend for those who choose to try Casa Azul.

The Chimichanga was also very good. The tortilla was very crunchy and the mix of queso, rice, and guacamole was delicious. The chicken was a bit dry and flavorless, but when added with queso it revamped the taste. The food overall was favorable, the only thing I would improve is the chicken.

The quesadilla was also a satisfying dish. Although simple, the entree came alive with the flavor of the cheese. With a mix of regular cheese and queso, it made the pieces burst with flavor. It is definitely worth trying while at Casa Azul.

After the main course was finished, dessert was tried next. We settled on Fried Ice Cream which was made with vanilla ice cream covered in corn flakes and fried topped with honey, chocolate, and whipped cream. Having never tried fried ice cream, it was a surprising and fun experience. The outside was warm, crispy, and flaky while the inside was cool, gooey, and smooth. This places as my second favorite dessert, just short of cheesecake (which is also served at Casa Azul). To anyone who is looking to eat at Casa Azul, I recommend trying their desserts at least once, it is definitely worth trying.

Overall, for the first time visiting Casa Azul they made a great impression. The decor and atmosphere is fun and welcoming with a great variation of food. The dishes are almost addicting and very filling. For those who live in the area or are interested in trying a new restaurant, Casa Azul is the perfect place to visit.